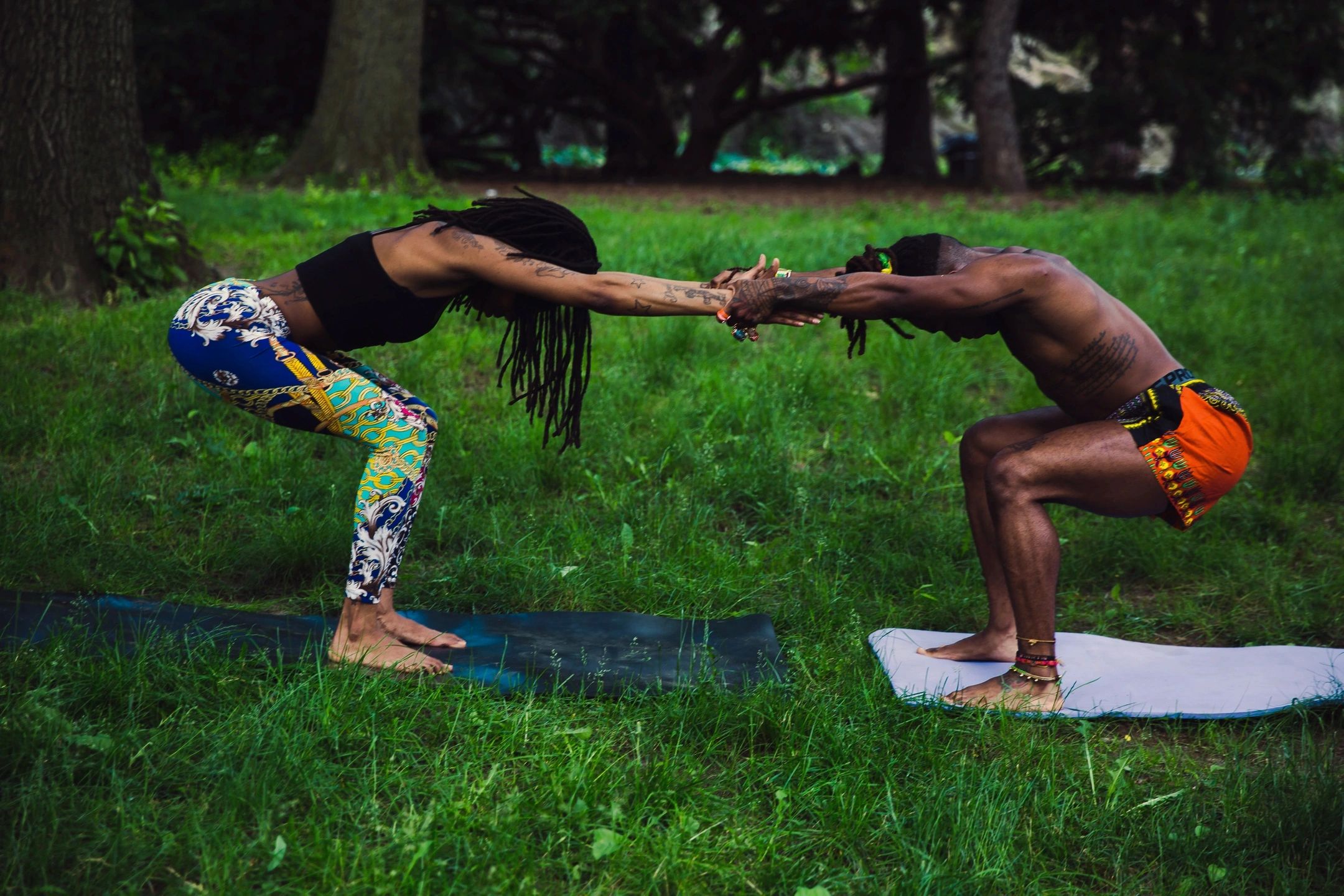 They have each invoked “squatter’s rights” to claim this area. It will be a heated battle.

When choosing what to include in your plan, there are a bunch of categories people want to straddle. I’ll go over what I’ve chosen and why.

Static movements are ones where you stay relatively in the same space, often with your base planted and unmoving. Examples would be squats, lunges, deadlifts, and cleans. Dynamic movements are where you move around like in sled drags, car pulls, walking lunges, and loaded carries. Static movements tend to build greater limit (absolute) strength while dynamic movements tend to build greater stability and power. For example, the 2 kings of limit strength are squat and deadlift, both statics, while some of the most well known power movements, jumping and sprinting, are dynamics. However, there is a lot of overlap. For example, cleans, snatches, and kettlebell swings are all static movements that build tremendous power; while a car pull or heavy sled drag, both dynamics, build a huge amount of strength. Static exercises are also much more convenient – you can do squats anywhere but you can’t pull a car anywhere. Most gyms you could easily deadlift, even if it’s just with dumbbells or a Smith machine, but you can’t do sandbag carries or other loaded carries due to limited space or equipment.

That being said, I personally prefer dynamics for almost all of my lower body training. The reasons are three-fold. First, I don’t compete in any strength competitions, therefore I don’t have to try to maximize my squat or deadlift for a single rep. If you do, then you absolutely have to train static movements. But since I don’t, I train heavy dynamics that involve a similar static pickup. I do heavy farmers walks which involve a deadlift to start. I also do the yoke carry which involves a squat to start. Both of these are much higher than normal, the farmers walk pickup being essentially a high handle trap bar deadlift and lifting the yoke requiring just a quarter squat. Therefore, the carryover to the full range of motion movement is somewhat limited, but still useful. Second, I find dynamic movements much more useful to real life tasks, more interesting, and more fun. Third, a well-rounded program would have both static and dynamic movements, but I enjoy being a minimalist. Doing heavy dynamic movements will have more carryover to static movements than the reverse.

Generally, most would classify the 2 main movement patterns of lower body exercises as the squat (knee-dominant) and the hip hinge (hip-dominant). However, this applies more to static movements. Instead, I do loaded carries and resisted locomotion (sled/car work) which I call load-con-motion or LCM. For carries, I use either farmers walk implements, a heavy sandbag, or the yoke. For LCM, I use either a sled or a car. There are many exercises and variations you could do with all that equipment, but I also keep that to just a few variations, covered below.

Intensity and range of motion

The smaller the range of motion (ROM), the more weight you can use. You can squat more with powerlifting style squat vs. Olympic style, just like you can quarter squat more than half squat. While you could do a high intensity lift with a large ROM, like doing a heavy triple with an Olympic style squat, I generally prefer to keep the division clean and just do heavy, smaller ROM exercises and faster, large ROM exercises. For example, with the loaded carry, I do heavy farmers walks. The handles are relatively high, meaning the ROM is small, but I tend to do these heavy. On the other hand, I also do sandbag clean and carry, either in my arms or on 1 shoulder. To clean a sandbag from the ground, you have to go lower than a standard deadlift (greater ROM), so I use much less weight but emphasize power. Sometimes I do mix it up by doing lighter farmers walks for longer distance and heavy sandbag carries, but this is much less frequent. The same goes for my LCM exercises. Since the sled is lighter than the car, I mostly do overhead sled sprints, which have much more leg ROM. They are light, but fast. There are many sled pull variations – I almost exclusively do light overhead sled sprints. On the other end, I do heavy car pulls.

So all of the above essentially explains my exercise selection. I work out 2 times per week so I vary which dynamic I do from workout to workout, and I generally decide if it’s a heavy grind or a lighter sprint on the day of my workout. Heavy dynamics are incredibly fatiguing on the body, so if you feel fatigued or tired throughout the day, then just listen to your body and switch to at least 2-3 workouts of lighter, faster work. You could plan each workout in advance, but I find that listening to your body helps keep motivation higher since you push less into overtraining. That being said, here are the movements I use:

When combined with my upper body exercises, a workout will generally be a pushing movement, a rowing movement, and one or two of the above lower body movements. Then, we’ll do a few rounds of boxing drills for conditioning.